This article contains examples about the Spanish colours and useful tips. Learning about the most common colours can be valuable when travelling to areas of Spain. 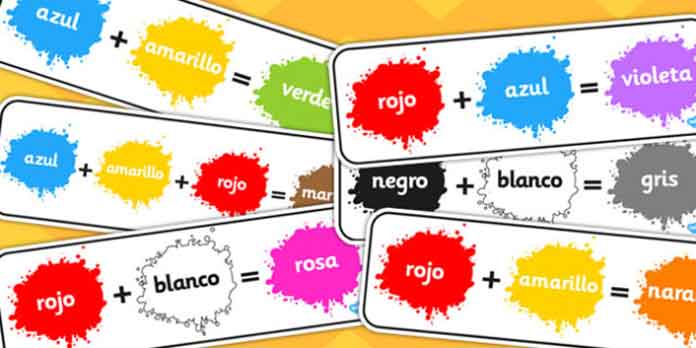 Are Spanish Colours Masculine or Feminine?

It’s important to note that colours are adjectives one uses to describe nouns. In Spanish, nouns all have a gender so the colour needs to agree with the noun. As a result, there are often 2 colours which you will need to learn depending on the gender of the noun. We provide both the masculine and feminine of each colour to make this easier for you. Not all Spanish colours have a masculine and feminine version. We highlight those that do and those that don’t below.

Like the gender of a noun, we need to make some changes to the colour for it’s plural. This usually involves placing and s or es to the end of the colour. We also need to make a change to the verb to make that agree also. In this case we are changing the work is (es) to are (son). You will also notice that in the plural form, el and la becomes los and las.

Spanish Numbers From 1 – 100 With Pronunciation Tips