Málaga is one of the most populated provinces of Spain and a top tourist destination. This Spanish Costa is the Costa del Sol that runs along the southern coastline.

Málaga is a beautiful city and also one of the 8 provinces of Andalucia which form southern Spain. This ancient city is also the most southern major city of Europe.

Things to do in Málaga, Spain

Although Málaga is well known for being one of top locations in which to spend your holiday, it also happens to be one of the oldest cities in the world. With routes and ancient architecture dating back to around 800 BC, or some 2800 years.

Málaga is full of things to do and experience from both a modern and a historical perspective. Below we provide details of some of the best attractions and things in to in this amazing city

The Alcazaba or “Citadel” once translated from Arabic is the best preserved of it’s kind in Spain. A fortified palace constructed by the Moors when Málaga was under Moorish rule. The Alcazaba dates back a thousands years to the eleventh century.

The ancient Alcazaba treats it’s visitors to some of the most amazing views of the city. It’s advised to reach the upper level to appreciate the spectacular views on offer.

Opposite the Alcazaba you will find the remains of an ancient Roman Theatre. These restored ruins date back to around the 1st century BC. The Roman Theatre is the oldest monument in this city. It’s believed that some of the remains were used to construct parts of the Alcazaba some 1200 years later. 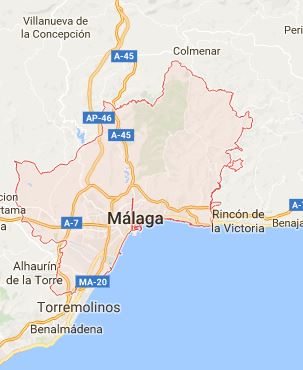 The Best Beaches in Málaga

The beautiful beaches of Málaga are one of the main attractions in this ancient City in southern Spain. The popular Costa del Sol has over 160 km’s of coastline littered with glorious beaches. Those found here in Málaga do not disappoint.

The Golden Sand Beaches of Málaga

Málaga is not only the capital city of the Costa del Sol but also the provincial capital. This area belongs to the autonomous community of Andalucia. This article focuses more on the beaches of Málaga city as opposed to the entire province.

The beaches here are generally golden sand with some darker in composition. Many of the beaches found in Málaga are man made but this does not detract from their beauty.

Málaga is a coastal city and as a result you will never be far away from some beach action. This city is not like most of the tourist towns and suburbs along the Costa del Sol. You will have plenty of opportunities to brush up on your Spanish speaking skills here. There are 15 beaches in total within the city limits and districts to choose from. Below we provide a few of the best to look out for.

Located next to la Caleta, this is one of the longer man made beaches in the area. La Malagueta is the most popular of all the beaches of Málaga.. This beautiful beach is accessible via the Pablo Picasso promenade that runs alongside.

La Malagueta beach has disabled facilities and wheelchair access. This makes it one of the most accessible beaches in the city. The beach itself contains a first aid centre and a children’s play area. There are several beach bars serving a combination of beverages and tasty tapas.

La Malagueta was the first beach in the world to adopt the “Punto Naranja” or “Orange Point”. The Orange Point is a safety harness with 400 metres of rope operated by a motor system. In the event that someone is in danger of drowning, the Orange Point is deployed. Pulling the endangered swimmer back to the beach and safety.

Other facilities on this super clean beach includes toilets, showers and parking. Equipment hire of sunbeds and parasols is also available.

This is one of the busier beaches in the area. La Caleta lies in the eastern district of the city between Playa de la Malagueta and Baños del Carmen. This popular beach has a length of around 1000 metres and an average width of 20 metres.

La Caleta is one of the cleanest of all the beaches in the area and includes decent wheelchair access. Here there is a first aid centre, toilets and showers. Palm tress line the edge of the beach which add to the beauty of this beach.

The Pablo Picasso promenade allows for easy access for everyone. On offer are spectacular views out to Sea and of downtown Málaga City. Visitors here have the options of hiring parasols and sunbeds for a relaxing day.

One of the best beaches in the area which is also located in one of the coolest parts of the City. Pedregalejo beach is 1.2 km in length with an average width of 20 metres. This beach has a children’s park and plenty of services. The beach itself lies to the east of the city between Baños del Carmen and El Palo beaches.

Protecting the beaches are several stone breakwaters. These also separate the main beach into 6 smaller coves. The area of Pedregalejo is also popular for nightlife. Monday nights being particularly lively with revellers. There are several excellent restaurants close to the beach area also. This includes Restaurante Las Acacias and several others.